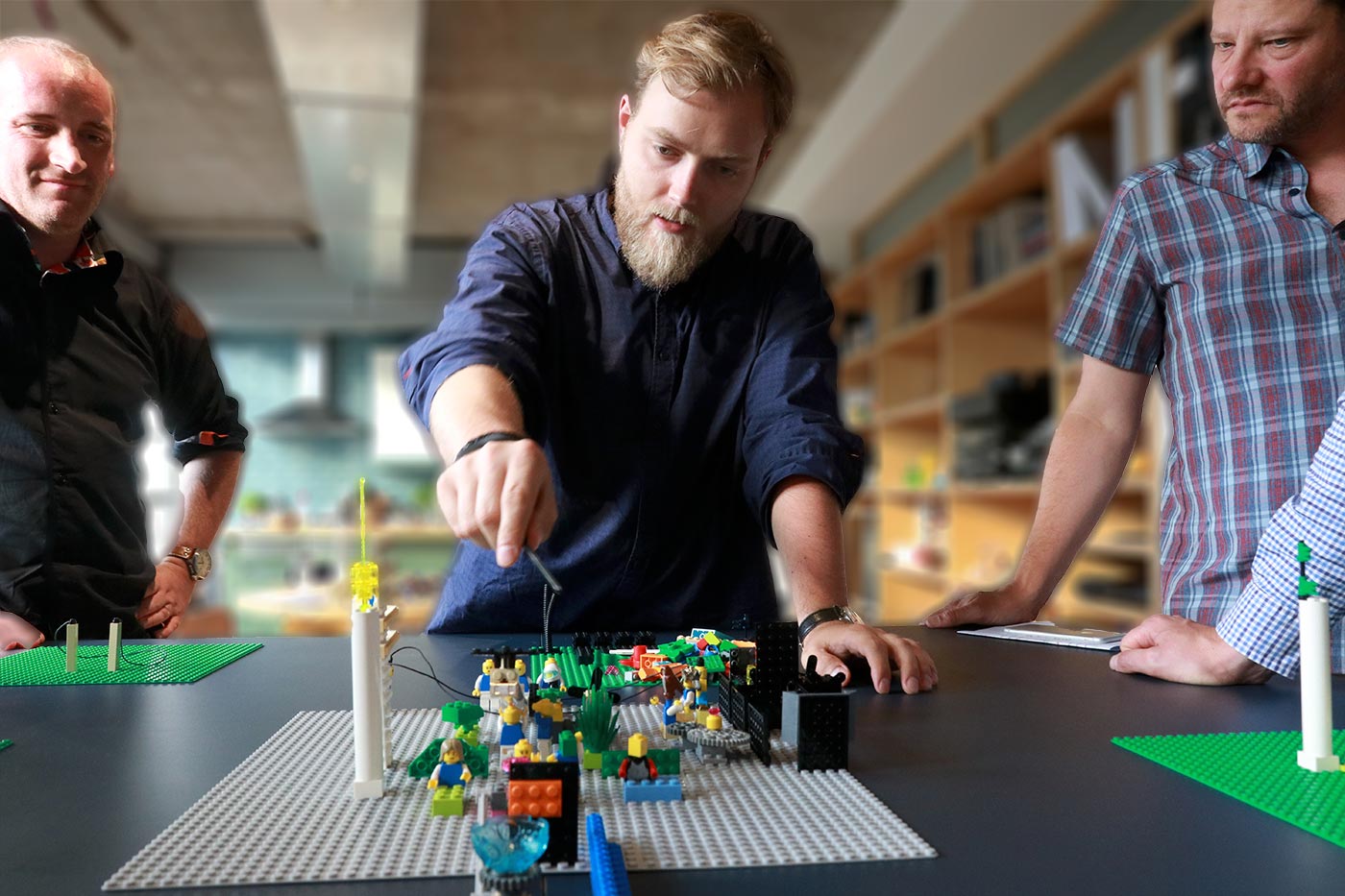 So to get our week going we are sharing Martin Gilbraith (a CPF Master and International Association of Facilitators 'Hall of Fame' inductee) to provide the critical context on what a facilitator is and does.

I started out as a facilitator in 1986, with my first training in the ICA ‘Technology of Participation’ (ToP) methodology that has been my facilitation speciality ever since.

I have been providing facilitation and facilitation training professionally to a wide range of clients since 1997, became an CertifiedTM Professional Facilitator (CPF) of the International Association of Facilitators in 2008 and was inducted into the IAF Hall of Fame in 2014, then became CPF | Master this year in 2020.

All of this time I have worked remotely, in and with geographically distributed groups, as well as face-to-face. I have been using online technology in this work for as long as it has been available.

I have never sought to make online facilitation a particular speciality, however – until now, of course. I have not made LEGO® Serious Play® a speciality either, in spite of having enjoyed a long and distinguished early childhood career in LEGO®! I believe that a facilitator is first a facilitator, and only second an online facilitator or a LEGO Serious Play facilitator. I believe that the keys to mastering facilitation lie in the values and the stance of the facilitator, the competencies and the disciplines, rather than the space or the platform, the methods or the tools.

Nevertheless, I am excited to commend to you this book ‘How To Facilitate Meetings & Workshops Using The LEGO® Serious Play® Method Online’.

Here are three reasons why.

I know Sean, and that he is a competent, experienced and accomplished facilitator. Questions are the primary tool of every facilitator, and I know that he asks good questions and that he asks them well. In an early meetup of IAF England & Wales, in London in perhaps 2013, he posed the question:

“Is there such a thing as a universal principle of facilitation?”

It didn’t take me long to think and respond that, in my own facilitation at least, there is certainly something approaching that - the ‘ORID’ model underlies of the ToP Focused Conversation method and the ToP methodology as a whole.

I know that Sean has since integrated this approach in his practice, and in his previous book ‘Mastering The LEGO Serious Play Method’.

I was sufficiently inspired by the metaphor of ORID as a universal principle that I blogged about it then and have used it in my training ever since.

Many facilitators have rapidly developed a speciality in working online this year, as Sean and I have as well. Some have done so more quickly and easily than others, and some with greater enthusiasm. Most, in my experience, have had reservations about some of the very real limitations of online facilitation. Only recently I think more of us are becoming belatedly more aware of some equally real limitations of face-to-face, and some real advantages of working online.

So, it is not only LEGO Serious Play practitioners that might take heart and find inspiration in the many innovations that Sean shares in this book. There is much here for all of us to learn from - not least, the rigour and creativity with which he has designed ‘a digital process that uses bricks’ [substitute your preferred tool or method here] ‘rather than an analogue process poorly rendered online’.

I’ve heard it said that, in online facilitation, every participant brings their share of the meeting room with them. This is a challenge for LEGO Serious Play practitioners perhaps more than most, and one to which this book rises admirably.

As Sean makes clear in his Guiding Principles, success in achieving outcomes rather than just engagement through facilitation comes largely from the planning and preparation, and from the capacity to divert nimbly from the plan when the moment requires improvisation.

All of this can be considerably more complex and difficult online than face-to-face. So, if this is what can be done with LEGO Serious Play, think what else can be possible online!

Finally, we are in the midst of a climate emergency, as well as a public health emergency. I believe that the two are not unrelated, and that they demand new ways of connecting, communicating and collaborating that are less carbon intensive as well as more COVID-19 secure, and that are more creative, compassionate and empowering as well. I believe that facilitation has a central role to play on the latter, with bricks as well as without, and that designing and delivering facilitation well online must play a part on the former.

I have witnessed an extraordinary flourishing of creativity and innovation among facilitators in response to the pandemic and lockdown of recent months, and an extraordinary generosity of sharing of it as well – largely, of course, online.

I am delighted to see this valuable and timely new book enter the fray, and just in time for International Facilitation Week! I am proud to be able to welcome you to it, and grateful to Sean for sharing it.

Myriam Hadnes runs the Workshops Work Podcast, and in episode 136 she ...

Well this is exciting news, our first book SERIOUSWORK, first published in ...

A (wonderful) graduate story by Liam Isaac - Head of Digital ...